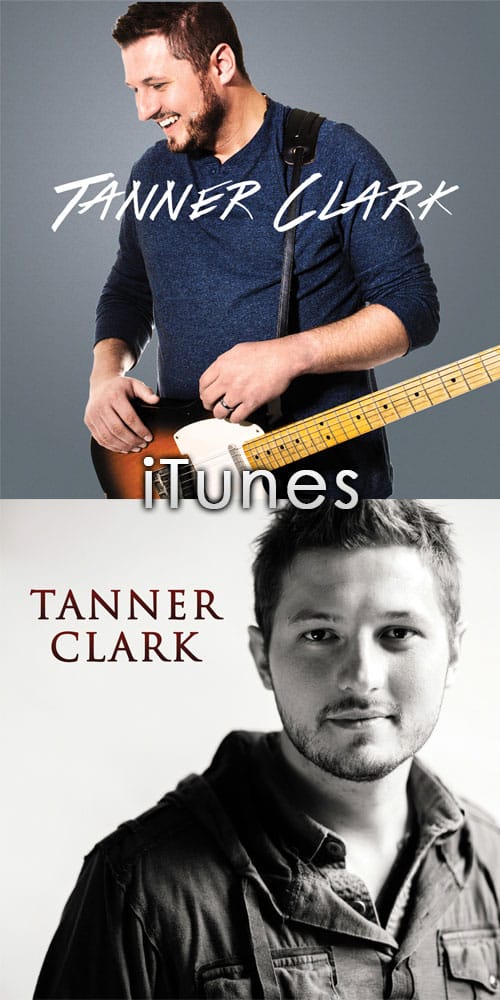 Tanner Clark’s love for music started with a love for Jesus. Saved at a young age Tanner always had a passion for singing and as a teen he began developing his voice and musical abilities. He was born in the foothills of east Tennessee and his unique sound and style have hints of his southern upbringing. Listen close and the sound of a mandolin or the slight picking of a banjo can be heard in almost every tune, Tanner has often said “it’s important to hold onto your musical roots even in an ever changing music industry where new sounds and styles become obsolete almost as soon as they begin.”

In his early years Tanner fronted several contemporary Christian groups before ultimately going out on his own as a singer song writer. In 2012 Tanner began talks with Jones Beene from Soncured Records and the two felt his talents and heart for worship meshed well with the music labels focus of “Promoting Christ centered music that reflects a grateful hearts response to the gospel.” In early 2013 Tanner released his first EP with Soncured.

Tanner’s single, Do Not Be Afraid, was his first song to have radio success. Do Not Be Afraid reached #12 on Billboards Christian Soft AC Charts and his music can be heard on Christian radio stations like SiriusXM The Message, The Fish in Los Angeles and numerous other stations across the country.

“If your audience LOVES the new Phil Wickham or Matt Redman singles, then you need to take a strong listen to Tanner Clark’s single “Do Not Be Afraid”. In our first week of Troy testing it came in at #5 out of 30 songs with our target audience (right between Phil & Matt). This could possibly be the song of the year!” Rodney Miller, The Fish LA

On top of being a Christian music artist, Tanner is also a worship leader at his home church, South Cleveland Church of God. He feels that it’s important for aspiring Christian artist to not lose focus on their ultimate purpose and that’s too lead the body of Christ in lifting up the name of Jesus through song. Tanner personally believes that “worship is more than a song it’s a lifestyle of continued service to our savior…for a Christian every right choice, every act of service, every honorable thought is an act of worship to our Lord.”

To book or hire a Christian band contact us now or visit, www.bookchristianbands.com to get a free quote!