The guys are back in the studio and are being produced by Billboard Christian Producer of the year, Seth Mosley. Seth has producer albums for the Newsboys, TobyMac, Jeremy Camp, For King & Country and has also written songs like, God’s Not Dead, The Hurt & The Healer and many more. The band is very excited about having Seth Mosley on board and the new album is set to release late 2016.

The band is excited to have Seth not only producing but also writing on several songs which the band hopes to release to radio in 2017. The album is also being engineered by Grammy award winning music engineers Jerricho Scroggins and X Oconnor. The line up of producing, song writing and engineering talent is second to none and Calling Glory hopes that their fans love the new music but most of all that Jesus is glorified in evey new tune on the record!

Grammy award winning producer, Seth Mosley is one of the acclaimed and in-demand songwriters and producers in the Christian Music industry. Seth has received a Grammy Award for Best Contemporary Christian Music Album “RUN WILD. LIVE FREE.LOVE STRONG” (for King & Country). In 2013, Billboard Magazine named Mosley the #1 Christian music producer and the #3 Christian songwriter; and Seth was the writer of 28 charting radio singles, and has won 4 dove awards since the start of his career. 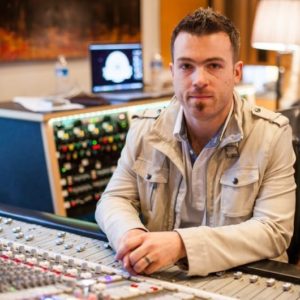 Stay tuned for more information on the release date of the new album and make sure to follow Calling Glory on Facebook for live streaming videos from the studio – We still can’t believe it but we can now say, Calling Glory now Produced By Seth Mosley!

To book or hire a Christian band contact us now or visit our friends at BookChristianBands.com to get a free quote!