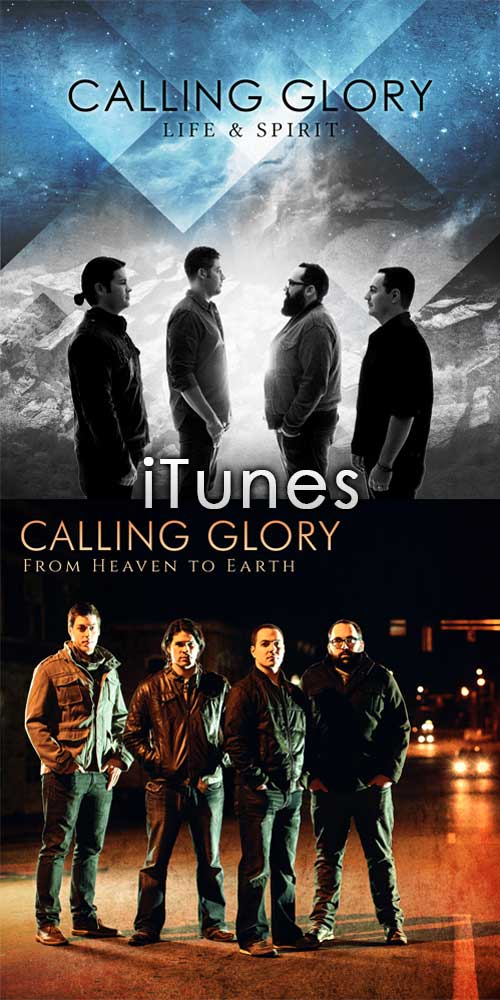 Calling Glory is focused on writing Christ-centered Christian music that reflects a grateful heart’s response to the gospel!  We pray that through our music, listeners will be challenged to consider the cross, the sacrifice made there, and what it means to us in our everyday lives!  We are dedicated to furthering the kingdom of God through the gift of Christian music that God has so graciously given to us.

Calling Glory’s latest radio single, My Redeemer just released in January and is quickly climbing the charts. The bands last single Child of Heaven hit #28 on Billboard Christian AC Charts and made it on 2017 first round Grammy Ballots for Christian Song of The Year! Calling Glory has continued to chart since releasing hit song “Don’t Give Up” – the bands first song to reach #24 on Billboard Christian Charts. Calling Glory can be heard on stations like K-Love, Air 1, SiriusXM (The Message) and numerous other Christian radio stations across the USA.

Soncured Records artist, Calling Glory, has taken Independent Christian Music by storm with over 150,000 fans on Facebook and scheduled tour dates around the east coast.  Since forming in 2008, the band has consistently focused on “writing Christ centered music that reflects a grateful hearts response to the gospel.”  The band members go on to explain, “We pray that through our music, listeners will be challenged to consider the cross, the sacrifice made there!”

The band- consisting of Dana Potvin, Jones Beene, Drew Crabtree, and Rico Acosta – released their first EP Daylight in the fall of 2009, which was followed by Teach Me to Love in 2011, and From Heaven To Earth in 2013.  The band is currently recording a new project with producer Seth Mosley that is set to release in late 2016.  The guys write their own music as well as cover modern worship songs and classic hymns, “We like to think of ourselves as not just a band but a worship band.” said guitarist Jones Beene. Lead Singer Dana Potvin explains “We hope that we can not only encourage the body of Christ, but also challenge them to go deeper in their relationship with Him.”

To book Calling Glory contact us now or visit, www.bookchristianbands.com to get a free instant quote!

Book Calling Glory For Your Next Event!

To book Calling Glory for your next event please fill out the form below and we will get back with a quote asap!